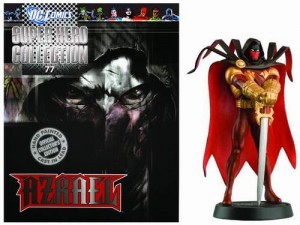 The ultimate collection for comics fans, the DC Superhero Collection Figurine Magazine brings together DC Comics’ greatest heroes and villains! Official figurines of the characters, both good and evil, are cast in lead, individually hand-painted and numbered to form an authentic collector’s edition. Each comes with a 20-page magazine providing detailed history and background on the featured characters, including exclusive images and interviews. 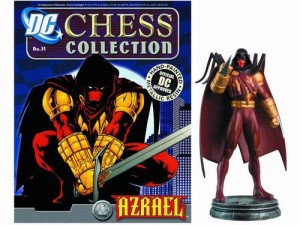 The DC Chess Collection begins with the Batman chess set, which pits Gotham’s greatest heroes against the Joker’s villains of Arkham Asylum. Each character is superbly rendered, cast from a specially formulated metalized resin and painted by expert model-makers. Each issue comes complete with an in-depth 16-page magazine providing detail on the character as well as essential chess tips for players of all levels.